Okay so yeah it's mid-April; kind've late to be welcoming a new year. But I figure I'd start from the beginning if I'm going to do this right. Truth be told, if we want to start from the actual beginning of my year of growth (that's what we're calling it I guess), then best we start in November 2020. I think this is really when I grew tired of my own shit. You know what I mean?

Like buck up buttercup. Stop letting life happen to you. If you don't like the way things are going, you have to be the one to change it. This is when I decided I would quit my job. Like had really decided it. I didn't know when (I thought maybe at the end of the year... ha I was wrong), I didn't know exactly how I would find the courage to, but I knew I had to do it (hopefully sooner rather than later.) It didn't take much introspection on my part to identify this as the major source of stress in my life, the one concrete thing that was having a profoundly negative impact on my life. Aside from the $, my day job was not providing me with anything positive (some may argue money isn't positive either, but I do admit I like being able to pay my bills. Capitalism. Le sigh.) It wasn't boosting my confidence, it wasn't teaching me or challenging me, it wasn't fostering any new social connections, it didn't fill my life with meaning, etc.... all wonderful things that a day job can theoretically do for you. It was on my personal chopping block.

At that time, I also decided to try out the Noom app. I remember stumbling upon this app several months earlier, but the price tag was a bit off-putting. Charging $100+ for an app!? The nerve! But then I thought "hey haven't you been trying to lose the same weight for like... 10 years? How much time and energy (physical, emotional, mental) have you spent trying to lose that weight only to... not be successful? How much money would you pay if it actually worked and you never had to think about weight loss ever again? So yeah, I convinced myself pretty good with that argument. I was intrigued that it seemingly used psychology to assist with weight loss, something I had never tried before but actually made a ton of sense. I also liked that it focused on nutrition instead of working out, which I seriously needed help in. I was more of the "I can eat anything I want because I workout, right?" One might think, "Wow weight loss, how... original" in their best Miranda Priestly voice. And I get it! But Noom was an impetus for so many other positive wellness changes that I've since implemented in my life, so it's definitely worth mentioning.

It was also around this time that I started listening to the Tim Ferris podcast religiously during my morning walks. Let me just say that for someone who loves learning and doesn't think her day is complete unless she's learned at least one thing, this podcast was an absolute godsend and Timmy is an angel sent from heaven. I feel like an entirely new world opened up to me filled with very interesting people with super smart things to say. I don't know if it was because I was extremely bored at work and starved for something (anything!) interesting, but that podcast just hit different. They talked about things I had never heard anyone discuss before: how finding your true calling is "like a lightning bolt to the soul", how your soul is made up of different parts which may need healing individually, how retiring early can be easy... and so forth. One such podcast gave me the idea to start this blog!

If the first part of 2020 was like living in a fog, the last part of 2020 was a very slow and gradual awakening from the foggy coma I feel like many of us found ourselves in. It was a series of starts and stops, moments of "what if" and "oh well," where I felt like the universe just kept poking and prodding me to wake the F up until l I finally started to respond "Okay fine!"

And if I'm being completely honest, the first poke (hehe) came in September when I took a trip with friends to Southern Utah. We lived in a trailer for two weeks and stayed at campgrounds and RV parks, hiking and galavanting around in nature. It was an impactful experience because the joy I felt on that trip was in such stark contrast with my lack of it at home. I felt alive walking the dusty hot trails at Arches or kayaking in Horseshoe Bend, while staring up at the sheer canyon walls.

I had profound moments of peace, for probably the first time that year. Naval Ravikant, one of my all-time favorite TF podcasters (seriously you should listen to his episode and also his own podcast) says happiness is peace in motion. And I really felt that during this trip. I wrote a note to myself after one such peaceful moment, which I won't recount verbatim here but went something like this:

Figure out what you want to do next. Travel? Set up your own business? Work for a green tech company?

I found my joy during this trip. This is how I want to live. This is the feeling I want to preserve. I noticed even before this trip that I would go days (yes days) without laughing... I can't live like this. I can't live with this ongoing anxiety all the damn time. I want to be happy. I want to go hiking. I don't want to live <insert place> anymore.

What I love about this journey, aside from it being mine, is that it's really interesting to witness. I feel like I can be both participant and observer of my own transformation. Also, I love the attitude of September 2020 vacation Miss Berri. Such attitude! Such conviction! Of course I went back home once the vacation was over and was like "ehhh my life is fine." Until I fully realized two months later, "No, it's really not; you are miserable; something(s) has to change." (Referring to my day-job, not the dude; the dude was actually awful and I did tell him to go F himself back in September #winning) On another note, isn't it weird how difficult it can be to fully acknowledge our own unhappiness? You would think this would be easy, but it's totally not.

I don't doubt that some people do have those lightnight bolt moments where they realize in an instant that they are in fact, not happy and they suddenly have the motivation to make the changes necessary to correct this i.e. near-death experiences, or possibly meditation or drug-induced revelations. But for me, it was a much more subtle series of pokes and prods, from the universe, from my mind, I'm not really sure (maybe the topic of a future post.) That isn't to say I now have all the motivation and answers to make great transformational changes in my life forever. But I do feel like I currently have enough momentum, energy and motivation to really bring about some significant positive changes in my life right now, and I'm not in fear that I'll just go back to thinking "This is fine." when it clearly is not.

And.. I've already made some significant progress, which I'll be documenting in future posts for you here! Pro tip: Start a blog only AFTER you've accomplished something; no one needs to know you tried something and it didn't work. . . Kidding! Obviously :) 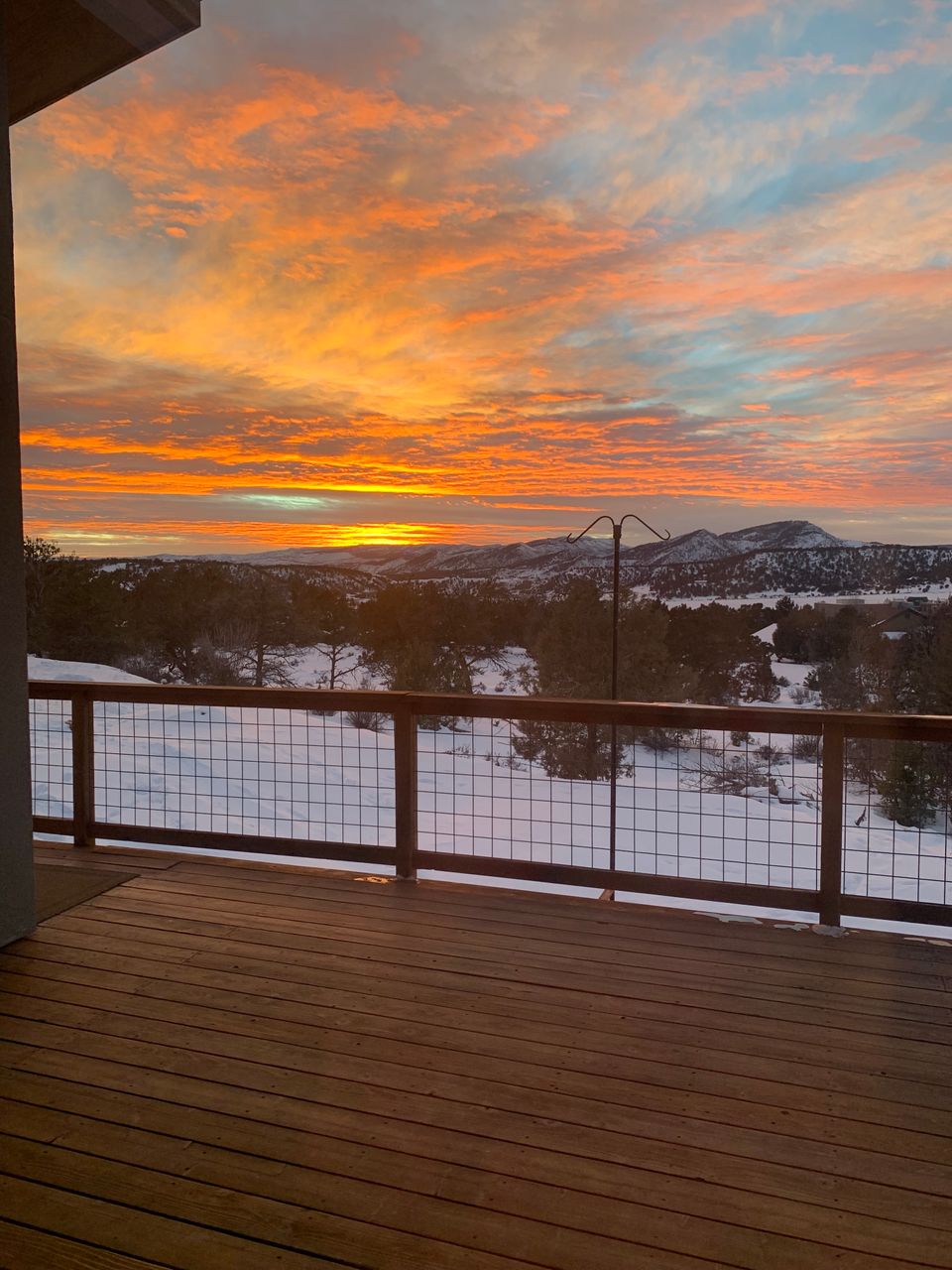